Several Chinese theme park operators, including Guangdong-based Chimelong Group, received a special nod from the Themed Entertainment Association on Saturday, an acknowledgement that insiders said further highlights the growing influence of the Chinese market in the industry.

Six of the 15 recipients who received outstanding achievement awards during the 25th Annual TEA Thea Awards Gala at the Disneyland Resort Saturday came from the Asian Pacific region, and three of those six were Chinese companies 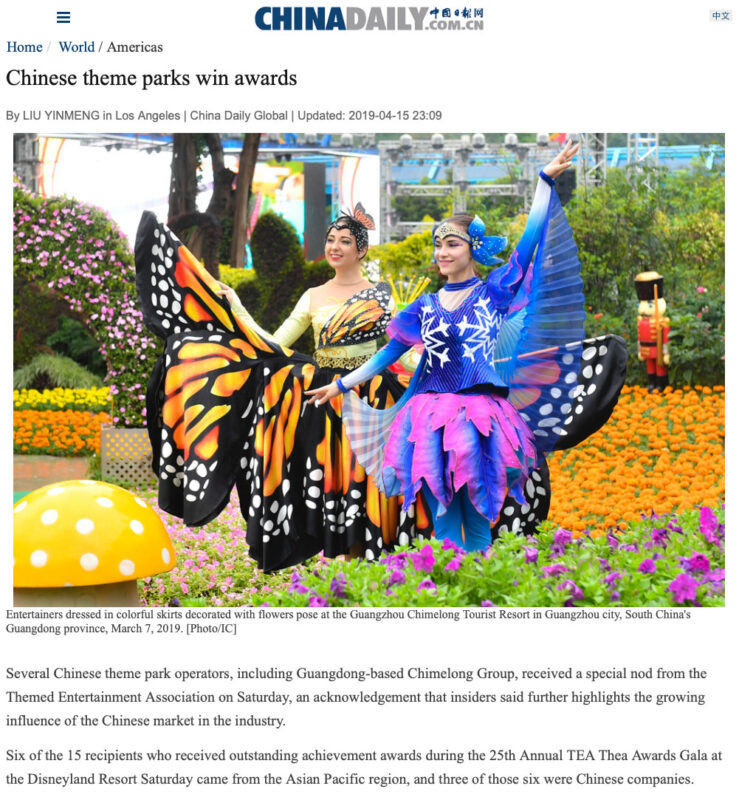